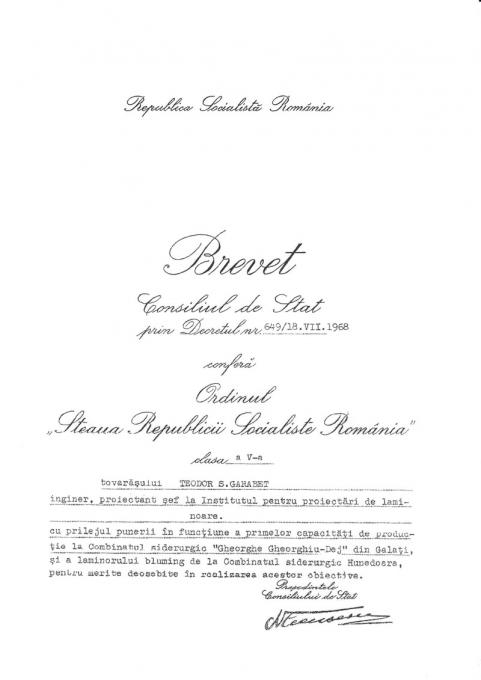 1968 ORDER OF MERIT OF THE REPUBLIC OF ROMANIA

In the course of his life Mr Garabet has worked not only in the field of engineering, but also on construction sites of major iron and steel plants in Romania. For his outstanding efforts and achievements he was awarded an Order of Merit / brevet in 1968 by the then president of Romania. 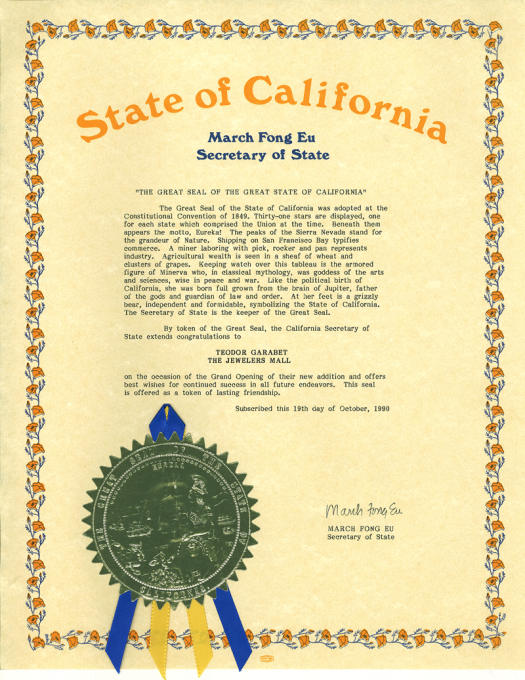 1990 AWARD OF THE STATE OF CALIFORNIA

The State of California presented Teodor Garabet with an award for his success in constructing the Jewelers Mall, which led to an enhancement of downtown Los Angeles. 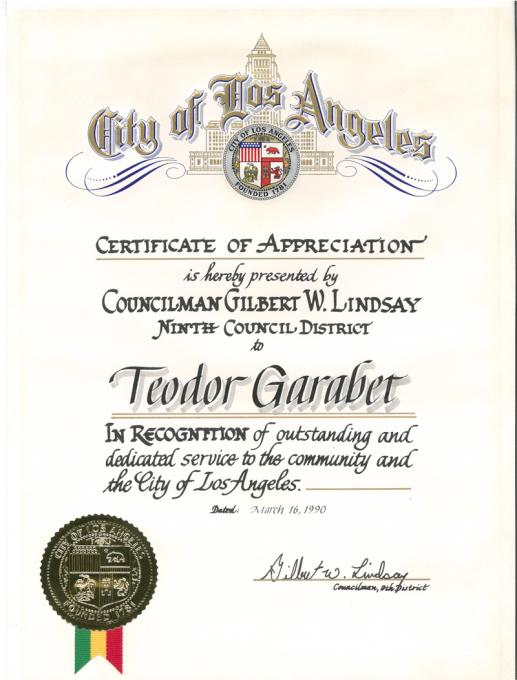 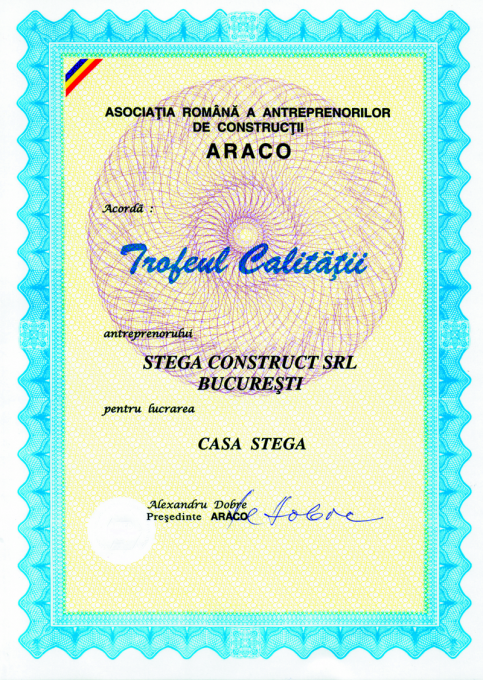 The Casa Stega bank building in Bucharest, Romania, was awarded the "Quality Trophy" of the Romanian ARACO Association in the year 2000.